Understanding Intersectionality for the Freedom of All


I was born into a racist culture and family – specifically in Atlanta, Georgia. We moved to Northern Virginia in 1968, only a few months before Rev. Martin Luther King Jr. was assassinated. My parents enrolled me in Louise Archer Elementary School an all African American school, founded in a black neighborhood mostly fenced off from white suburbs. I started only a few months after the school had been desegregated and I was in the first batch of white children to attend.

I found myself making friends quickly Thea, who I invited home so that we could practice a school play. She lived nearby, but on that the other side of that fence, which we climbed to get to my house. My mother came home from work and saw us playing in the living room and told me to get Thea to leave. As soon as she left my mother slapped my face and said, "Don’t you ever bring another _______ into this house again."

My family has a lot of work to do and so do I to combat that training of seeing more worth in some than others, undoing the fear that I would be loved less if I thought any differently. Though my example is more extreme than many, none of us escape this enculturation. 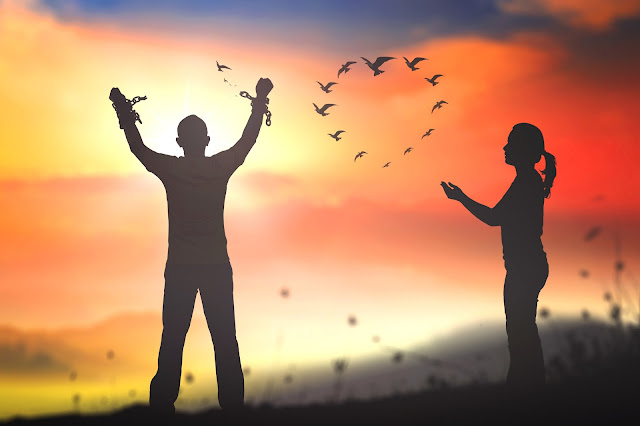 My family is not just my biologic nuclear family, but it is my cultural family anchored here in the USA. I didn't know how that family had trained me into a dominating colonizing culture until I started to work in Latin America. I consulted with the Puerto Rican Parrot Recovery project. Once a million of these lived on the island precolonization, but by 1973, only 14 remained

The indigenous people were long gone due to European colonization, and the parrot nearly went extinct due to the large deforestation of the island after the USA invasion and colonization in 1898. The USA collapsed the Puerto Rican economy and put sugar cane all over the island. Due to extreme efforts the parrot numbers somewhat rebounded. But the recent hurricanes this late summer, Irma and Maria, devastated the people and the parrots there, vulnerable due to past and ongoing extraction economies, and instutionalized racist and speciesist business, taxation, and aid practices.

My human, USA family has a lot of work to do, and so do I because I benefited and continue to do so at the cost of the many. None of us escapes the work to stop this extraction and domination economy that marginalizes and colonizes.

I responded to the work my human family and I had to do by taking up the call to Unitarian Universalist (UU) Ministry. My sense of family grew to incorporate Unitarian Universalism. While preparing for the ministry I learned the long, hard, and painful history of how Unitarian Universalists had made many mistakes in how people of color were treated in our movement, as evidenced by the book, "Black Pioneers in a White Denomination," multiple painful episodes since, and ongoing ones as evidences in this book. 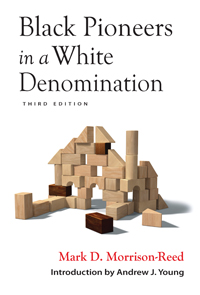 My UU family has a lot of work to do. I know this because I am at the forefront of a UU movement to understand how what harms animals, also harms humans. We ask how extending our sense of the inherent worth and dignity to individuals of all species helps humans too. This work brings up the pain and loss of how deficient UUs have been with people, as well as other species. This is uncomfortable, painful, and stressful, and it seems that none of us can say or do the right thing. Sound like fun? It is hard, but there is a tang of freedom in the air. Even if you aren't UU, join us as various possible denominational change, votes, and study groups are coming in the future. My family is doing the work, and we need to do more, for we have not won freedom yet


Our work for freedom means addressing intersectionality. Intersectionality means that oppression is experienced differently based on our various identities. Women experience oppression differently than men, and blacks different from whites, and hence black women experience oppression from being both black and female. The corollary is also true - we benefit from a system that oppressed others based on our identities and locations of privilege. I am white human North American from the lower middle class -this gives me privileges that others have, and oppressions that others don’t have.

Intersectionality also means that there are core oppressions that intersect all identities. Some call this core oppression patriarchy, which isn't really about men, so relax guys. It is a culture based on seeing different others as less than, which is tied to dominance, power over, white supremacy, and inequality, all of which catch each of us in a sticky web of harm and benefit.

First off, it is not shame or blame or pointing fingers at who oppresses more or is oppressed more. We all are enculturated to be oppressors and oppressed. We are not to blame, but we are responsible. All of us.

The world has lived with 500 years of modernity and colonization to hide the reality that we are inextricably tied to one another and all life in beauty, tragedy, and death. "Wishing for life at any price continuously calls forth death - the death of other people, other beings, the extinguishing of languages, ideas cultures, and worst of all, possibilities and degrees of freedom" (Andrea Weber). We all are trapped. Our work for freedom is undoing the core oppression for our co-liberation. For this liberation we must learn to "live without fear and to die courageously."

This is a death of individualism so that all are centered. In the circle of life, the suffering of another is also ours. In the countries I work in Latin America there is constant evidence of the devastation of colonialism and USA foreign policy. The people I work with, descendants of disappeared indigenous cultures and slaves, and the dearth of wildlife, do not let me forget it. But I am so alive there for it takes everything I’ve got to show up and be vulnerable. What began as a wound ends in a caressing touch. I’m undone and then made whole.

The work for freedom means we center the marginalized voices. Our individualism dies every time we allow another to speak. And we are born again.

We must center what we marginalize within ourselves. Miki Kashton, a leader in Nonviolent Communication, told me a few weeks ago to not believe a thing you grew up thinking or doing, for it was all based on core oppressions. We need to lay aside the armor that doesn't protect us, but fetters us. Let us lay that burden down.

We must center ourselves in history, ecology, and biology. We must look at past societal practices and how we have been harmed and benefited. Thanks goodness for our neuroplastic brains which are ready to believe that power over is the only way to meet our needs, but can also learn that cooperation and co-liberation brings flourishing to many lives. We must accept that we will die and no level of control will stop that. We must embrace  reality - to accept all that is now and also, paradoxically, do everything in our power to change it. We are so powerful in freedoms return embrace. 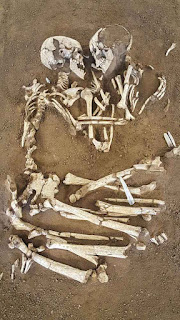 
We need resilience because we tread a fragile path of feeling shame, separation, and oppression, but there is joy lurking in that journey. We can take a beginning step by sharing our social location when we meet with others, without shame or blame, being honest of our privilege and oppression. We confess. Here is an example.

My name is LoraKim Joyner. I identify as a white human heterosexual female of European descent raised in the southern USA in the lower middle class, 2 generations from Alabama sharecroppers, currently living outside of NY City. My childhood was full of experiences and hard lessons taught from family, friends, the surrounding society, and a dominant oppressive culture that acculturated within me the trappings of privilege, white domination, human domination, as well as victimhood. I am also a mother and grandmother of people who identify as of European/indigenous descent from Honduras. My work in the world is as conservationist throughout Latin America, wildlife veterinarian, Unitarian Universalist minister, and a Compassionate Communication trainer and practitioner.

All of this history and categories of oppression and oppressor cannot be unwoven from my relationships. They form me but they do not bind me. We can help each other loose these chains of bondage by sharing how this message  intersects with your identities, experiences, and locations of oppression and privilege.

I am held rapt by the power and hope of freedom won together, for none are free until all are free. My father in his older years nearly died of heart failure, but miraculously a heart match was found for him quickly. He was a small man so the heart of an African descent girl who had died in a car accident became his. My parents were grateful, and softened.

Let us not let death, or the fear of death, keep us from giving our hearts to one another.

What You Can Do

1.  Join our new Freedom Project. This is an international campaign aimed at stopping the wildlife trade - most notably in parrots but also in other wildlife. We will use multimedia to show the vision of all beings being free, such as the picture below of a rescued yellow-naped parrot chick that almost ended up as a pet but was released to fly free. Materials and resources will be available that highlight our slogans, "No Cage is Big Enough," "None are Free until All Are Free." and "Tu Casa No Es Mi Casa." 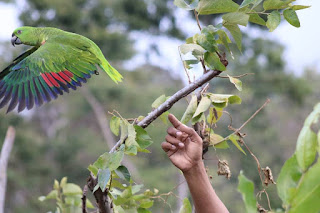 2. If you are Unitarian Universalist, join the First Principle Project and engage in the work of intersectionality.